You are here: Home / travel / Highline 179 Bridge – The Longest Pedestrian Suspension Bridge in the World 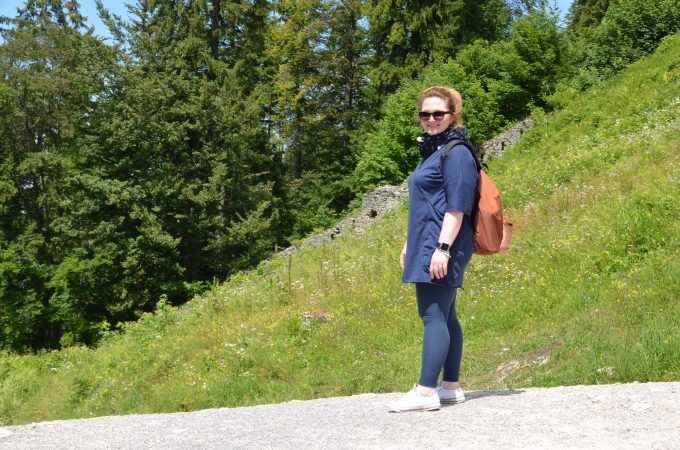 A few days ago I shared our day at the sight of the Highline 179 Bridge and Ehrenberg Ruins. We spent so much time walking up the mountain’s path enjoying nature and a story (or four) told by me to our boys about fairies and then at the actual sight of one of the ruins there; we didn’t make it across the bridge.

Our second day at the sight was no less exciting and terrifying – holy cow the bridge is high and long.

We spent a lot less time walking up the path which is sprinkled with signs which tell of local folklore. As you can guess I totally enjoyed that aspect of our hike. However, on our second day we didn’t stop to read each sign, or even muse at how green everything was, because we were a family on a mission.

That mission – was to CROSS THAT BRIDGE!

I can’t say I was exactly thrilled with our mission – I wasn’t even sure I was going to choose to accept it when I started out… but I was a willing participant none the less. 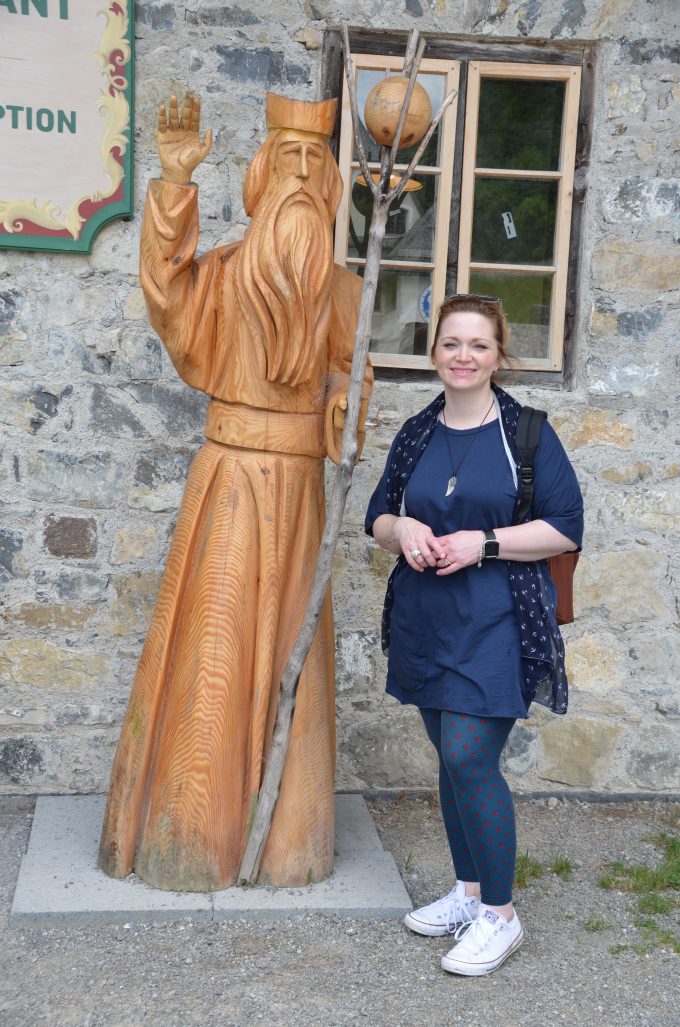 I mentioned the wood carvings on my last post… say hello to Gandalf. 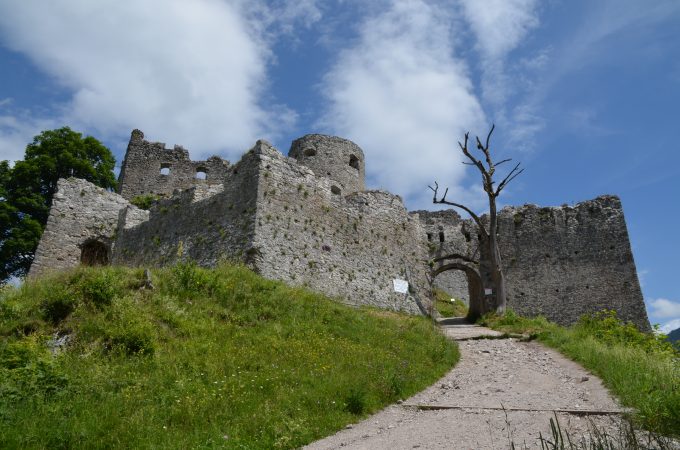 Once up the path we decided to head straight to the other ruins located on the side of one of the entrances to the bridge. 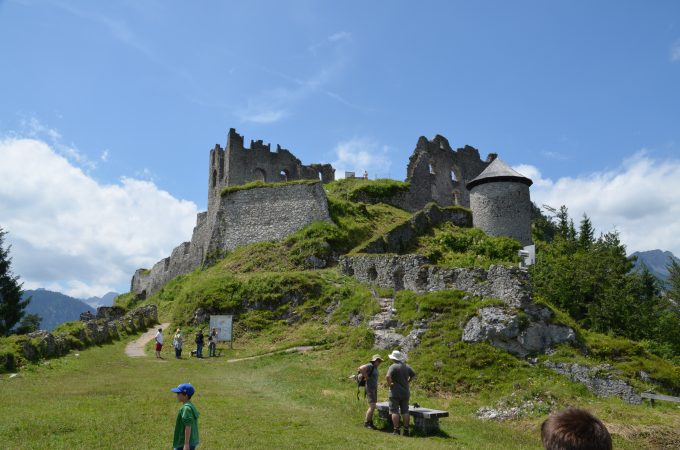 We hung out there, and let the kids run around before we decided to make the crossing. 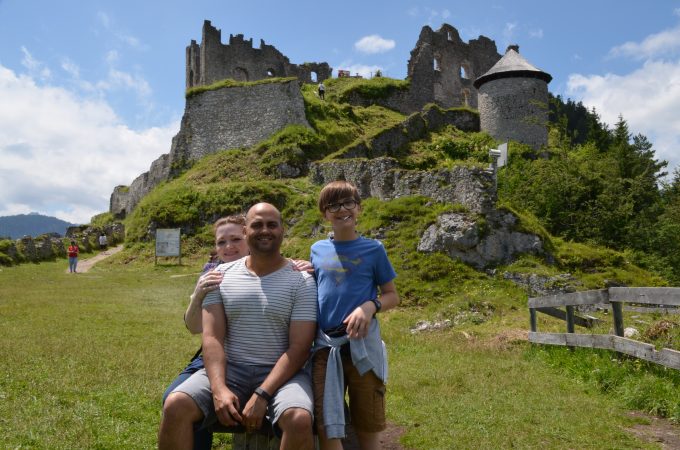 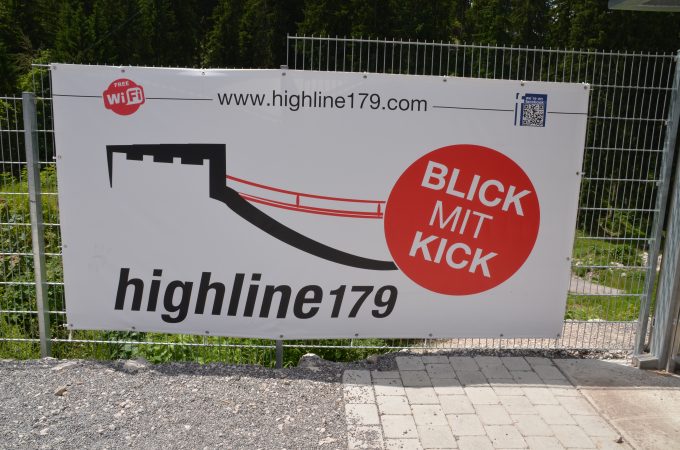 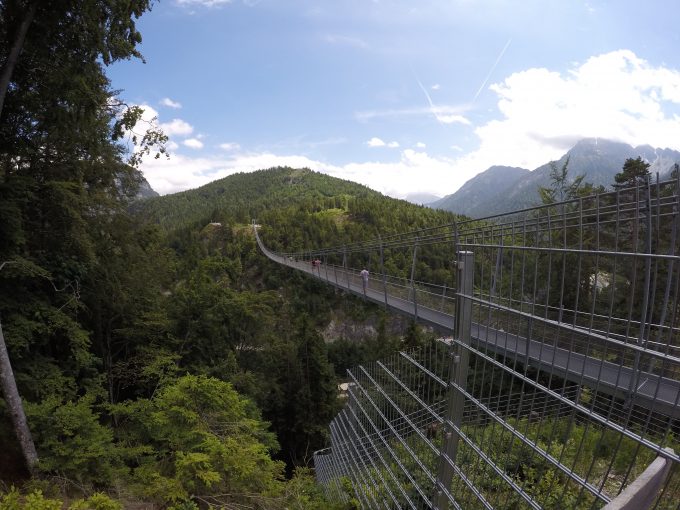 The bridge is the longest pedestrian suspension bridge in the world according to the Guinness Book of World Records. I’m not a fan of being up so high, like above the trees, an over big highway high – with nothing but some metal and wires keeping me in air. Nope, not a fan, not one little bit.

It was awfully pretty though. 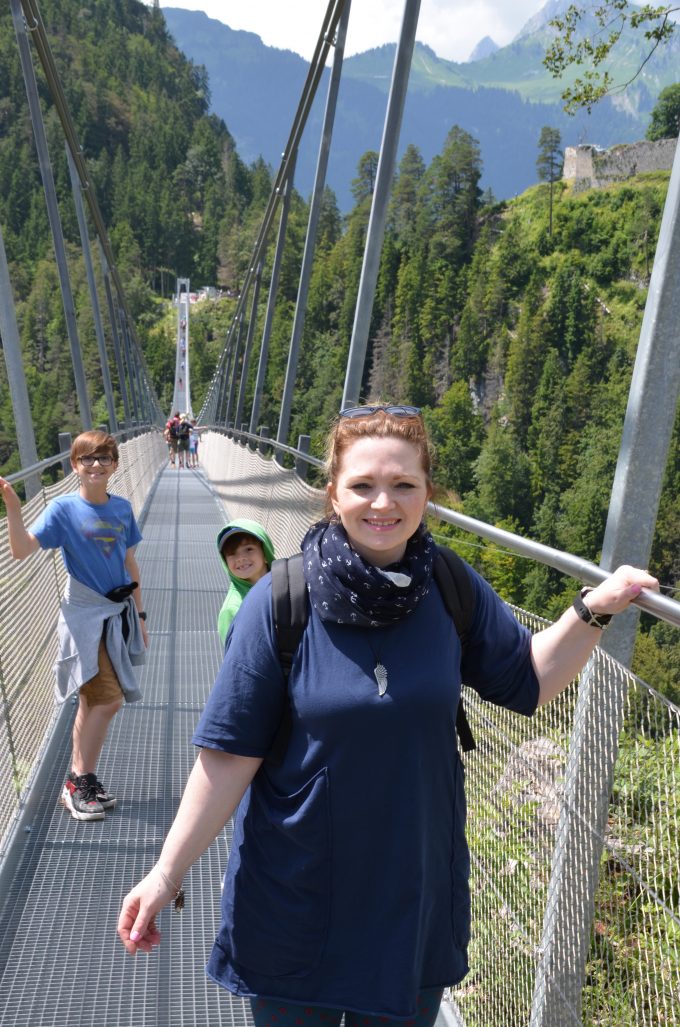 One of my hands was on the banister at all times…. like that would’ve saved me in the event that sucker fell. I’m hilarious!

My youngest son Evan was nervous at first, but by the middle of our wobbly walk he was fine – as for the other two, they loved it… Adrenaline junkies the lot of them. 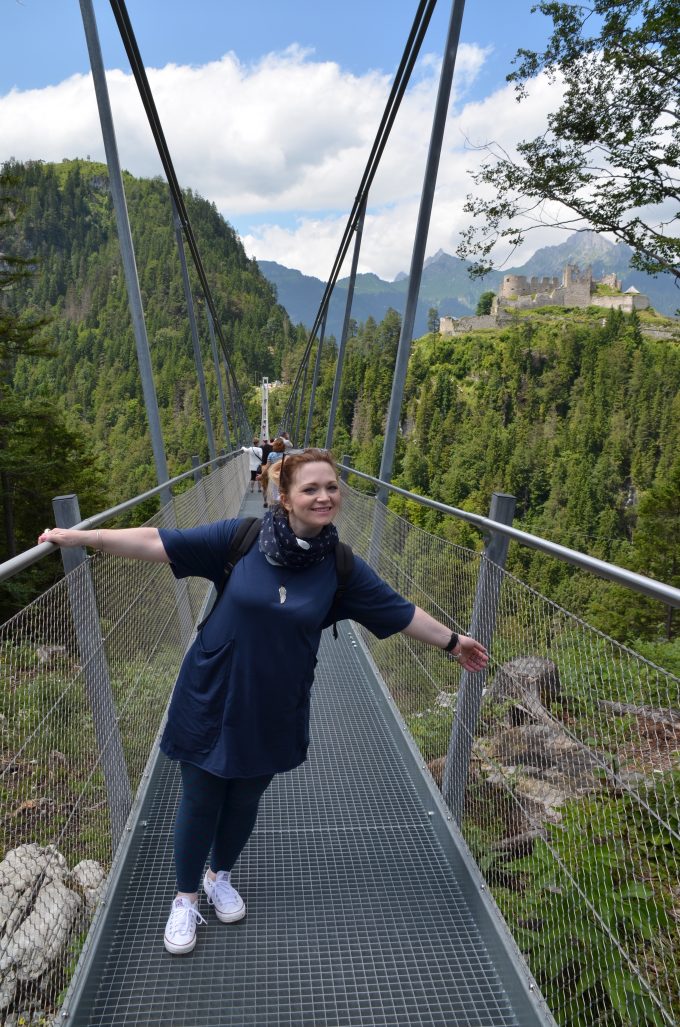 I made it. Fear conquered! 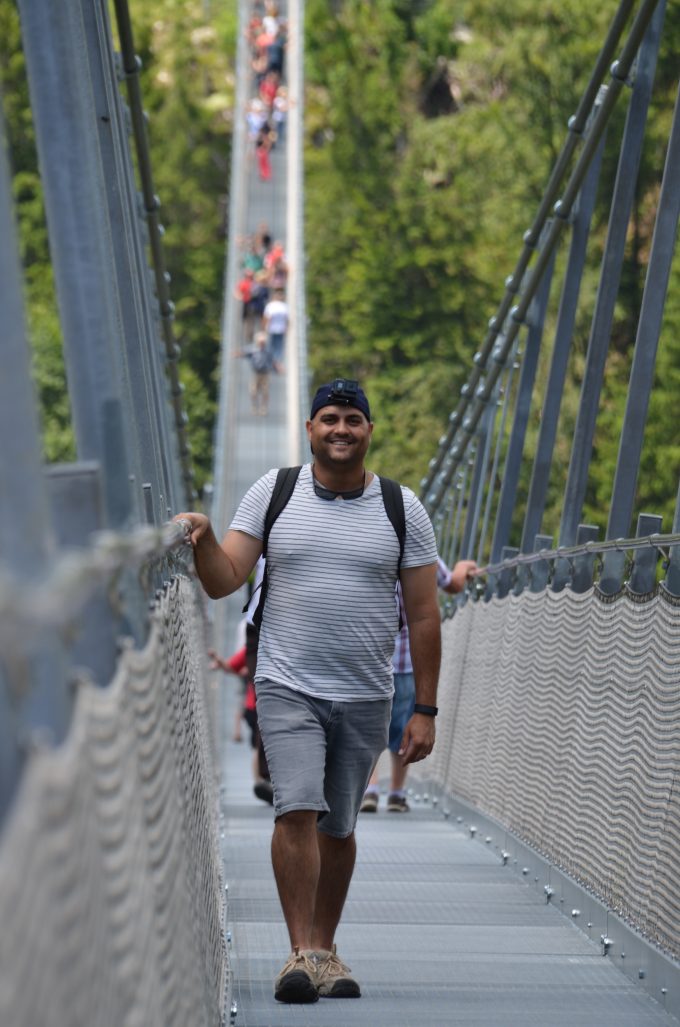 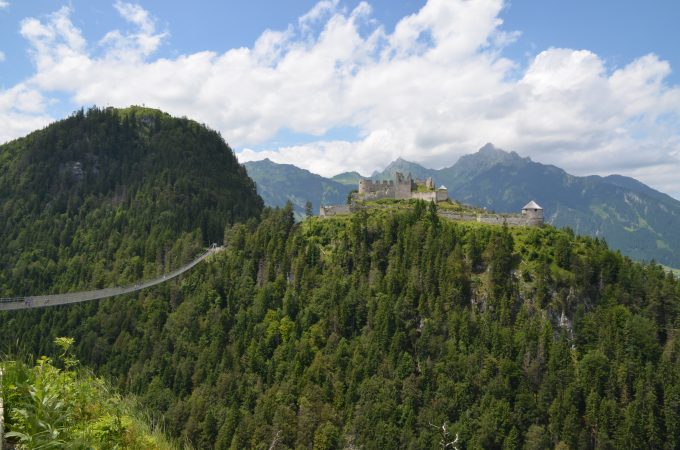 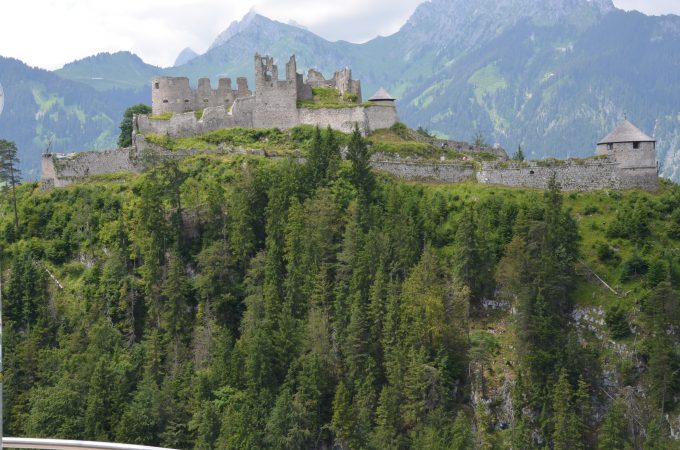 The bridge crosses between two mountains. 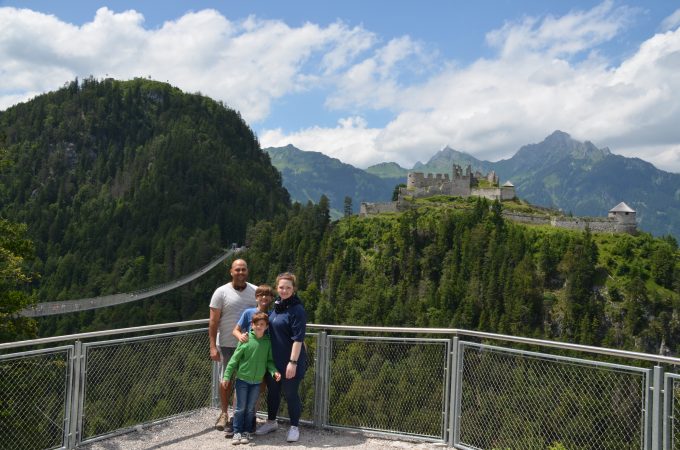 You can either cross the bridge and go back the way you came, or follow another longer route down. We opted for the longer – less traveled route, and it took us another couple of hours to get back to our car.

Overall it was a great day filled with adventure.

If you’ve not yet read about our first day, please check out this link: