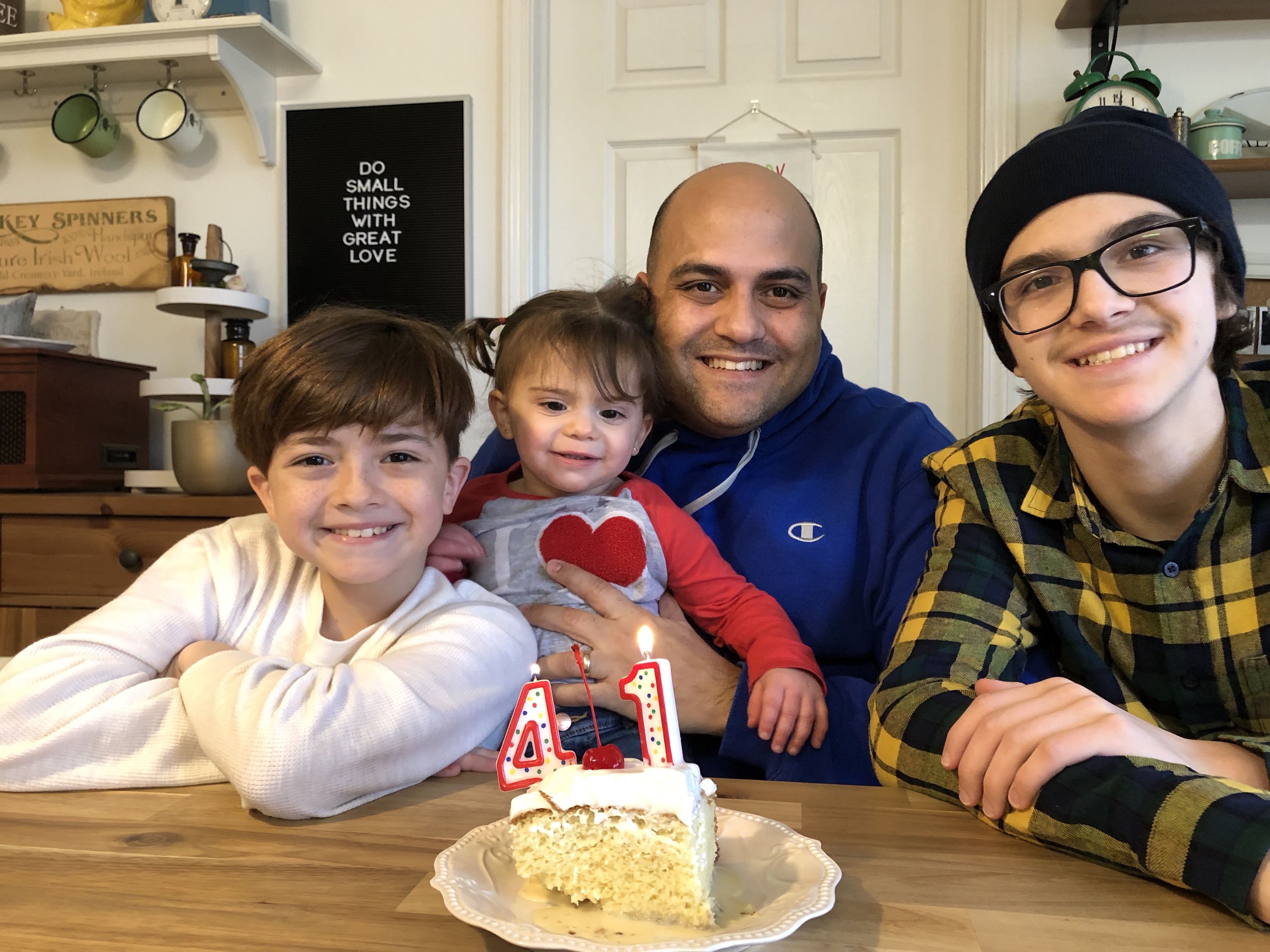 This weekend my husband celebrated his birthday and I baked him a tres leches (three milks) cake which is one of his all-time favorites. I’ve tried several recipes and I’ve found this recipe most closely resembles an authentic Tres Leche Cake you’d enjoy for dessert in many Cuban restaurants in Miami (our home town). Even though Tres Leche is traditionally a Nicaraguan desert, many Cubans and other Hispanic or Latin American cuisines have adopted this delicious dessert and you can too! 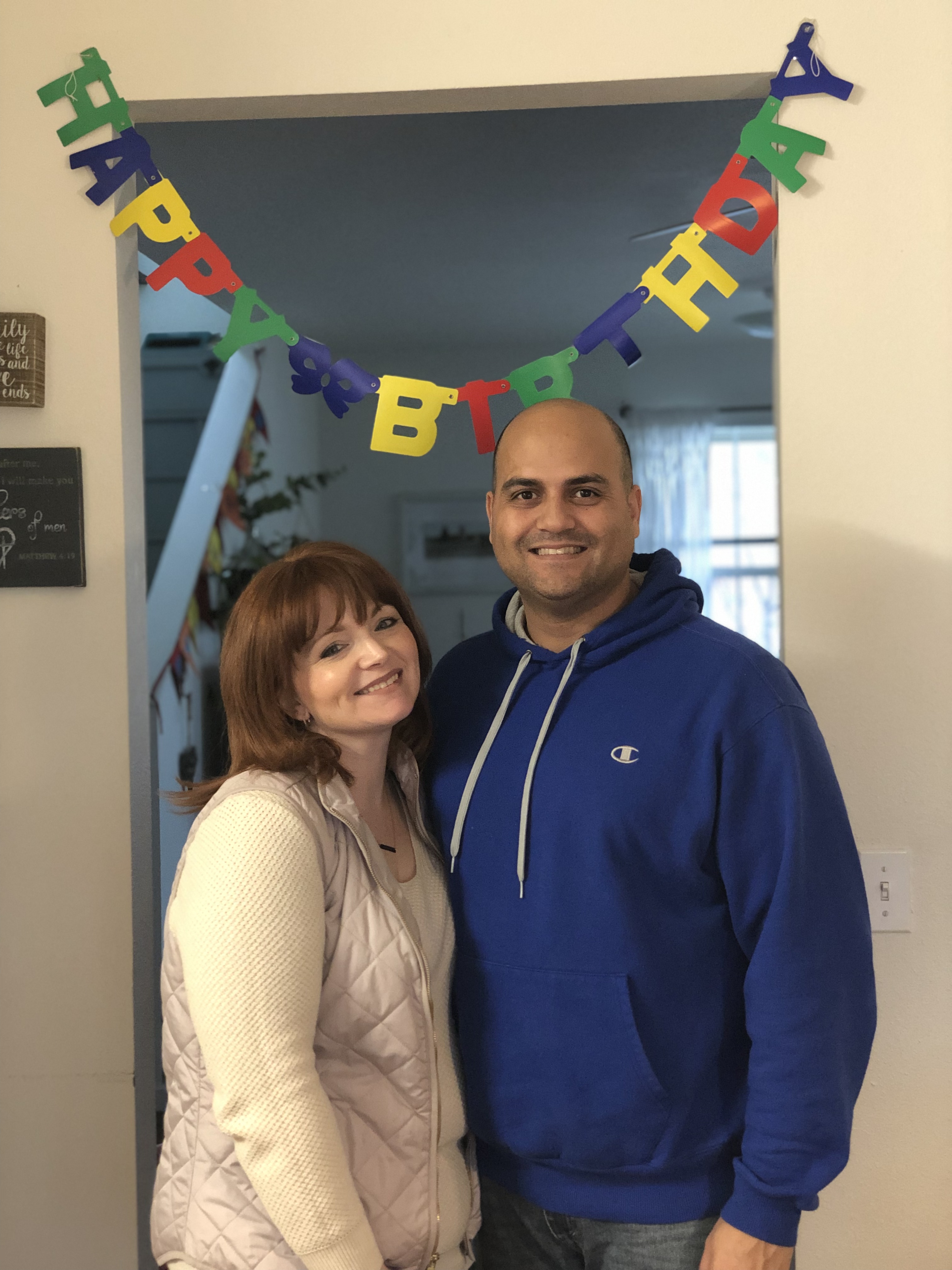 While I was preparing this cake, I wasn’t thinking about sharing the recipe here on my blog, so I have no photos of the prepping stages to share with you, as it was only after I received a few requests via an Instagram post about the cake I decided to share this recipe. I think the recipe is pretty easy to follow, it just has lots of steps. If you have any questions, please do not hesitate to reach out. This is a delicious cake, but it does require some patience to prepare.

I rarely bake. I think the last time I baked anything besides chocolate chip cookies (using pre-made dough) was in June for Ellena’s baptism. I do enjoy baking but really only bake when it’s meant for someone I love. Since he’s my absolute favorite person I was happy to make this for him.

Grease and lightly flour a 9 x 13 baking dish and set aside.

Separate the egg yolks from the whites into a medium-sized bowl. Then beat the whites until very foamy and frothy and aside.

In a large mixing bowl, cream the sugar, egg yolks, and vanilla extract with an electric mixer.

Pour batter into your baking dish.

Bake for 35 to 45 minutes, or until a toothpick inserted into the middle comes out clean.

Allow cake to cool on a wire rack for 20 minutes.

I like to bake this in a dish that is decorative so I don’t have to transfer it. You can transfer it onto a pretty dish after it bakes and is completely cooled by flippig it over as you would a regular cake and then follow the “milk syrup” step as I explained.

For the milk syrup:

Whisk the sweetened condensed milk, evaporated milk, whole milk, and rum in a mixing bowl, until well blended. Pour syrup over the cake a little at a time, until it soaks through. This is a cake that demands patience! Pour the milk syrup slowly and let it soak in. Use your fork to help it along a bit, piercing here and there through the syrup until it soaks in. Keep doing this until most of the milk syrup is absorbed. Don’t worry if there is still a pool of syrup around the bottom of the cake, it will gradually soak in. Cover the now syrup-drenched cake in plastic wrap and refrigerate for at least three hours before frosting.

Beat the egg whites with the cream of tartar in a large bowl until they form stiff peaks. Set aside. In a separate pan, mix the water, sugar, and corn syrup. Cook over high heat, stirring constantly until it boils. Allow it to continue to boil for a few more moments. Remove from heat. While beating the egg whites with an electric mixer, immediately pour the hot syrup (SLOWLY) into the egg whites while continuing to beat the batter for an additional five minutes or until stiff peaks are formed it takes me about 7 minutes.  Let frosting cool in refrigerator or freezer if you’re in a hurry. Using a wet spatula, spread a generous layer of the frosting on to the cake.
Serve the cake cut individual squares topped with a red maraschino cherry.
This cake must remain refrigerated and served cold.
As I mentioned earlier I have tried several tres leches cake recipes. I adapted this recipe from one I found via the Three Guys from Miami website. You can find their recipe for Three Milks Cake — Cuban Tres Leches By Three Guys From Miami 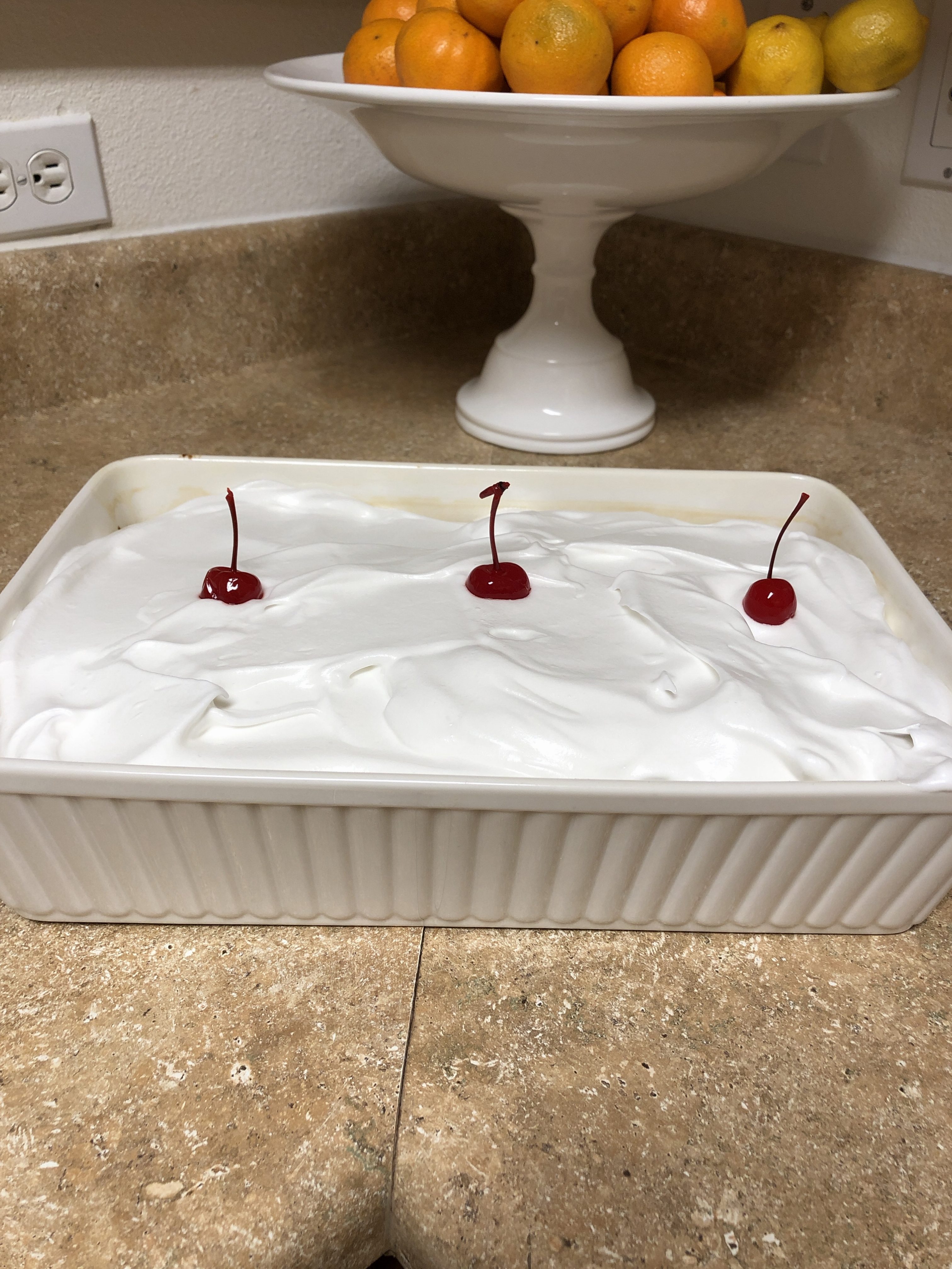