Over the Independence Day weekend, we took a drive to the Bavarian region of Germany. Once there we did some exploring and came across the Highline 179 Bridge. Or rather we drove beneath it and my husband was was like, “I’ve got to cross that bridge!” I snickered and was like, “Yeah right, I’m not going UP there.” However, my husband has this great way of getting me to do things that are out of my comfort zone, so the next day we found ourselves at the little town where the bridge is located.

This is the longest pedestrian suspension bridge  in the world. No joke-they’ve got the people from the Guinness Book of World Records backing them up. Highline 179 Bridge and the Ehrenberg (i.e. castle) Ruins are located near Reutte, Austria on the Bavarian-Austrian Border.

This is the view of the bridge from a parking area. Up the road we’re on is a little village area with a restaurant, gift shop, museum and playground. You can also purchase your tickets for the bridge there. 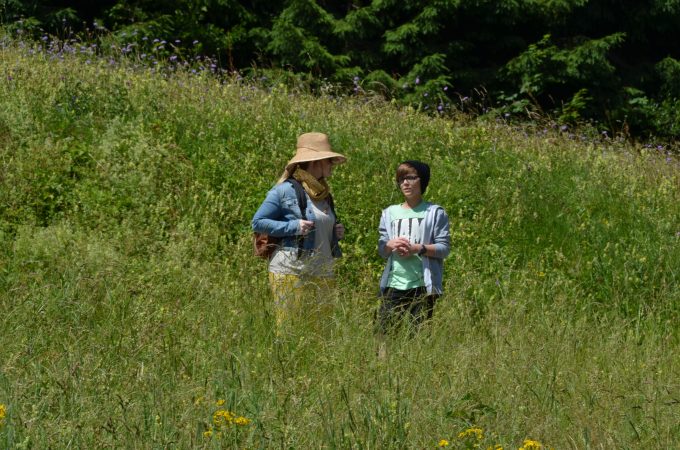 My son Michael and I are actually on the path. There is a big grassy meadow where wild flowers were blooming. 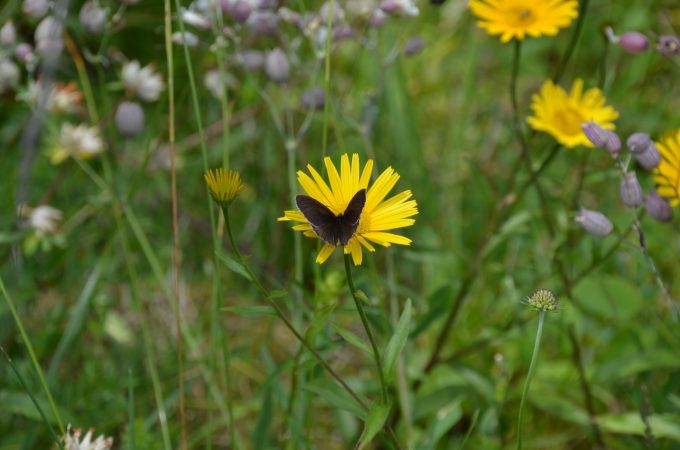 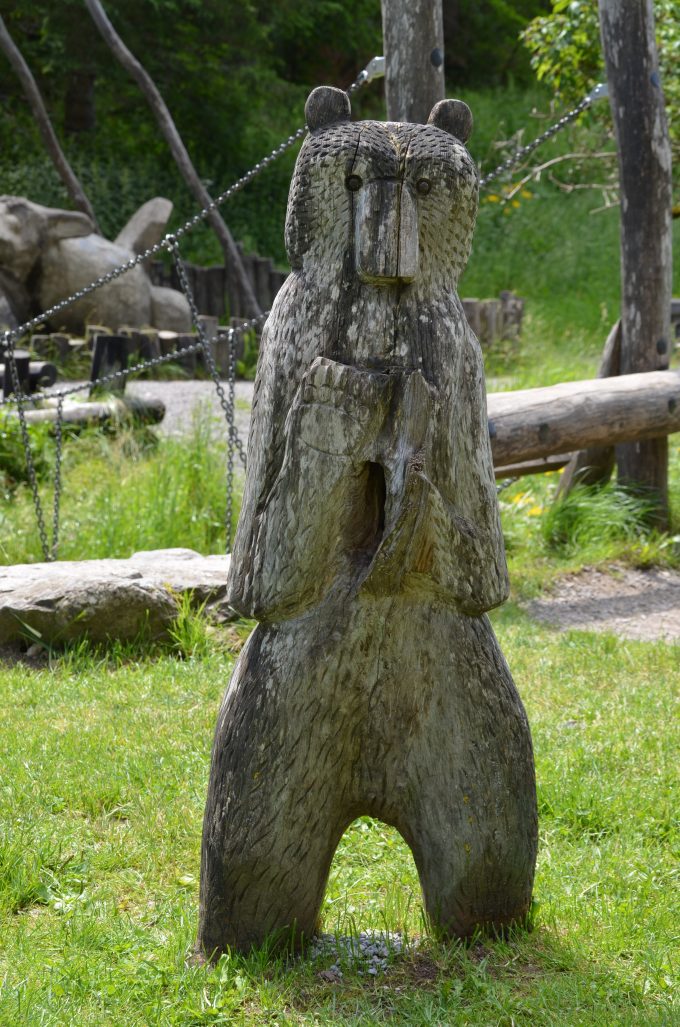 My boys played for a bit while my husband purchased our tickets. The playground is made of wood with really cool carvings which included a water feature. 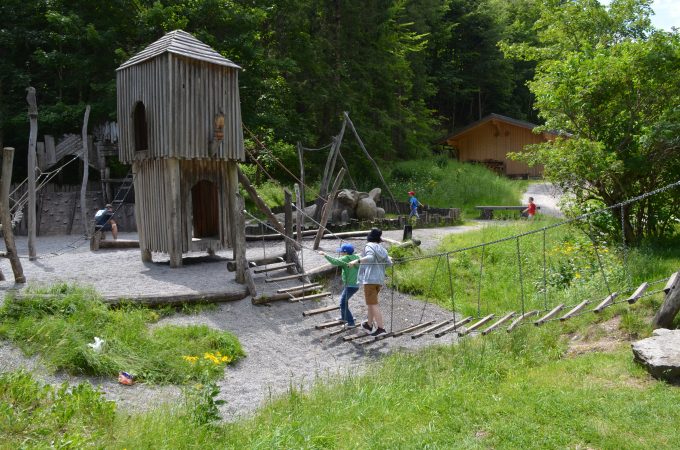 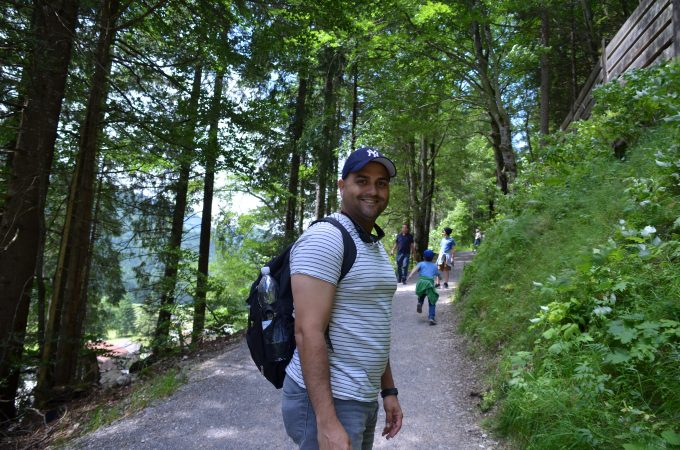 The walk up to the bridge is a decent hike up the side of the mountain. It’s mostly gravel, that makes for easy walking, but it’s not completely smooth, so take care if you are bothered by steep walks or uneven surfaces. 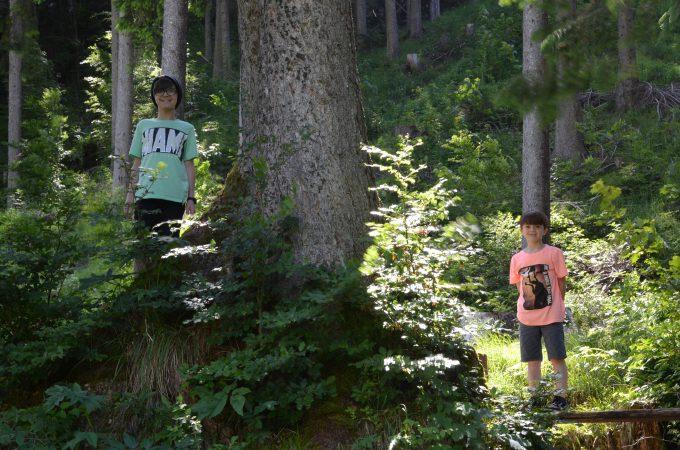 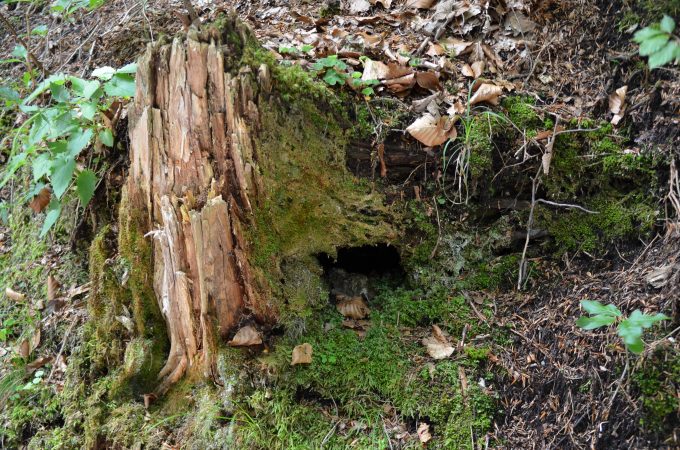 … And pointing out their dens….

Once we reached the top of the gravel walkway we rested for a few minutes on a shaded bench under a wooded area; where my husband was struck with the notion to hike up the Ehrenberg Ruins. I was not amused because, for one, I’d already mentally prepared myself to cross that darn bridge, and two,  I was wearing cute pants and my Chucks that day. I was so not dressed at all for hiking up a mountain. After a whole lot of complaining by me, my husband (as I mentioned before) convinced me to (exit my comfort zone and) hike up. I’m so glad he did. It was absolutely gorgeous. 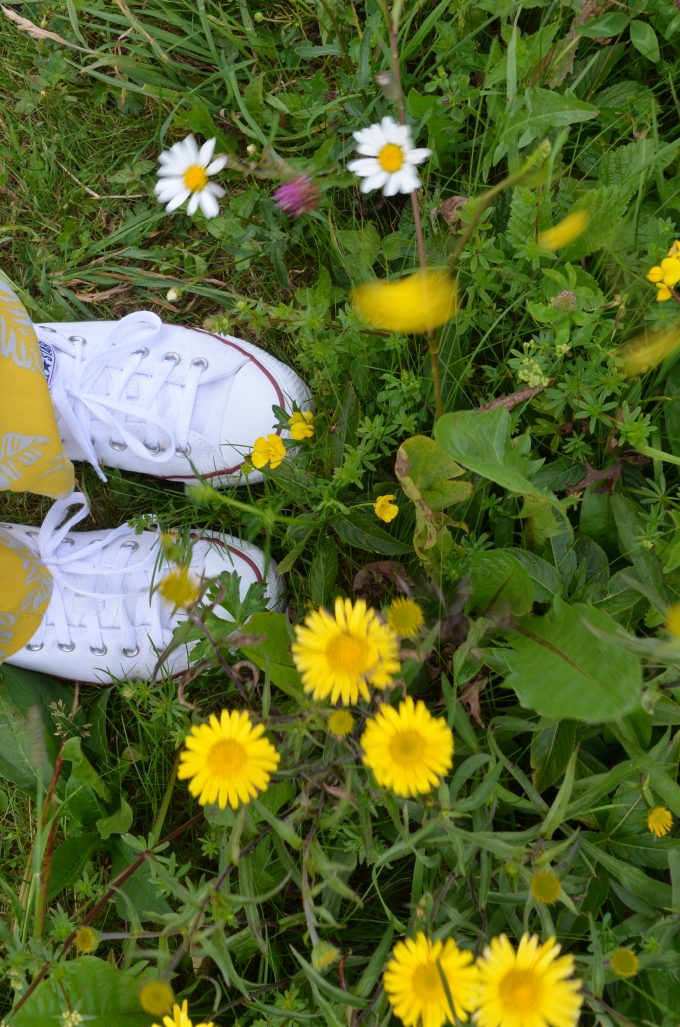 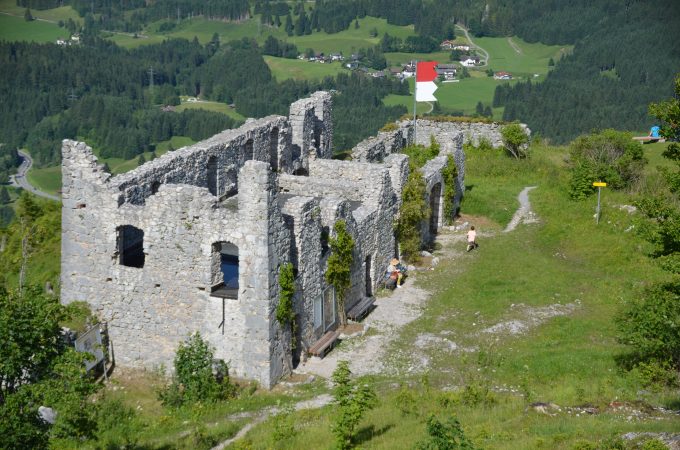 This is the view of the ruins from a lookout tower located on the mountain. 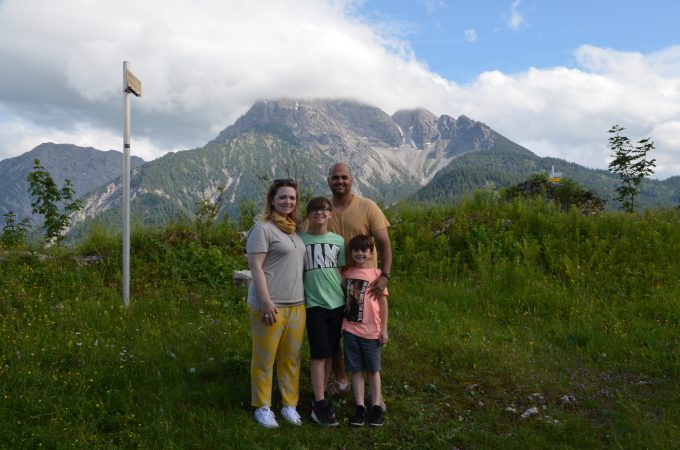 We hung out for a few hours at the ruins. Exploring them, and sitting and taking in the gorgeous panoramic views of the landscape. 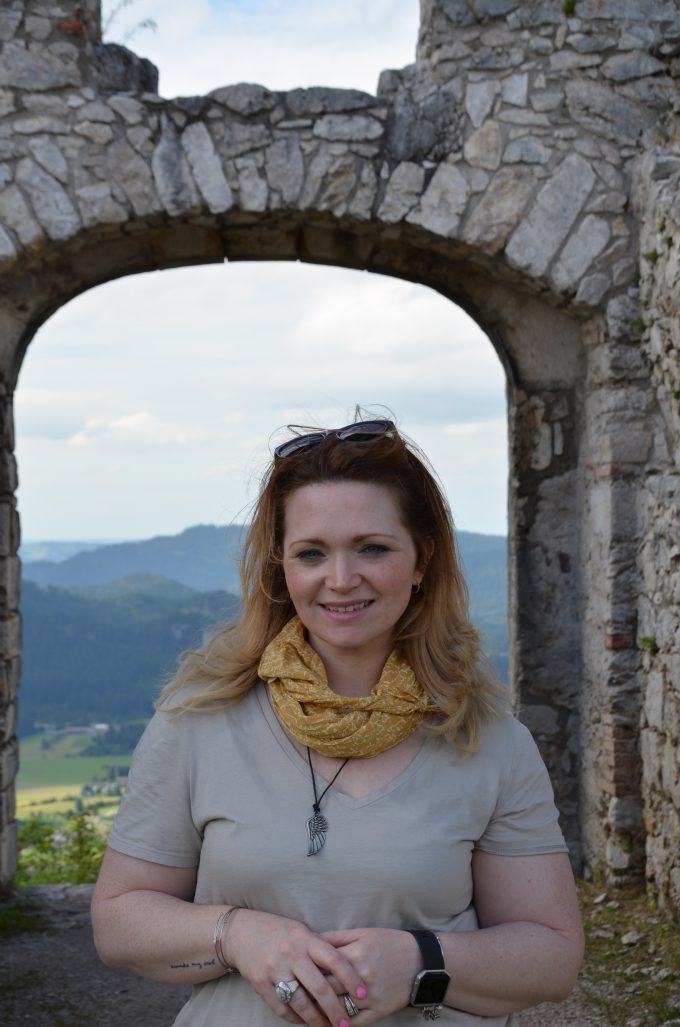 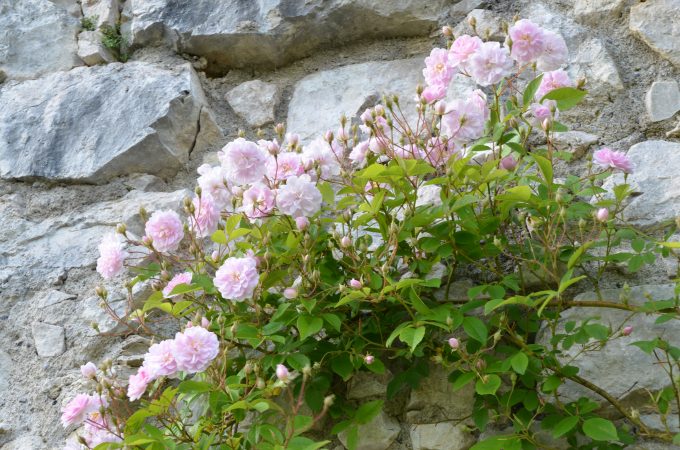 Rose vines grew on the sides of the ruins. They smelled so delicious! 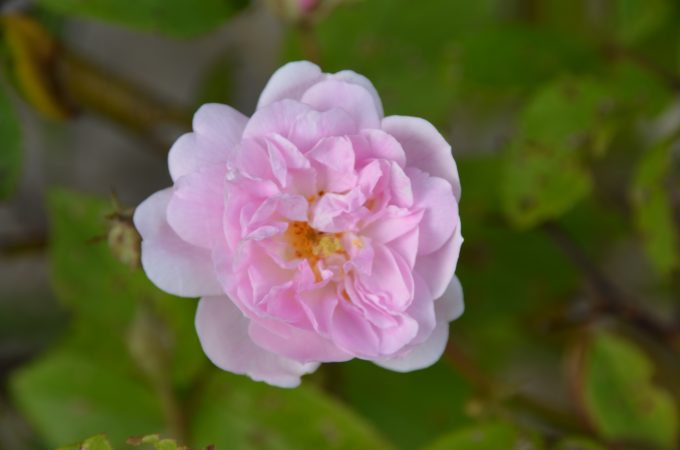 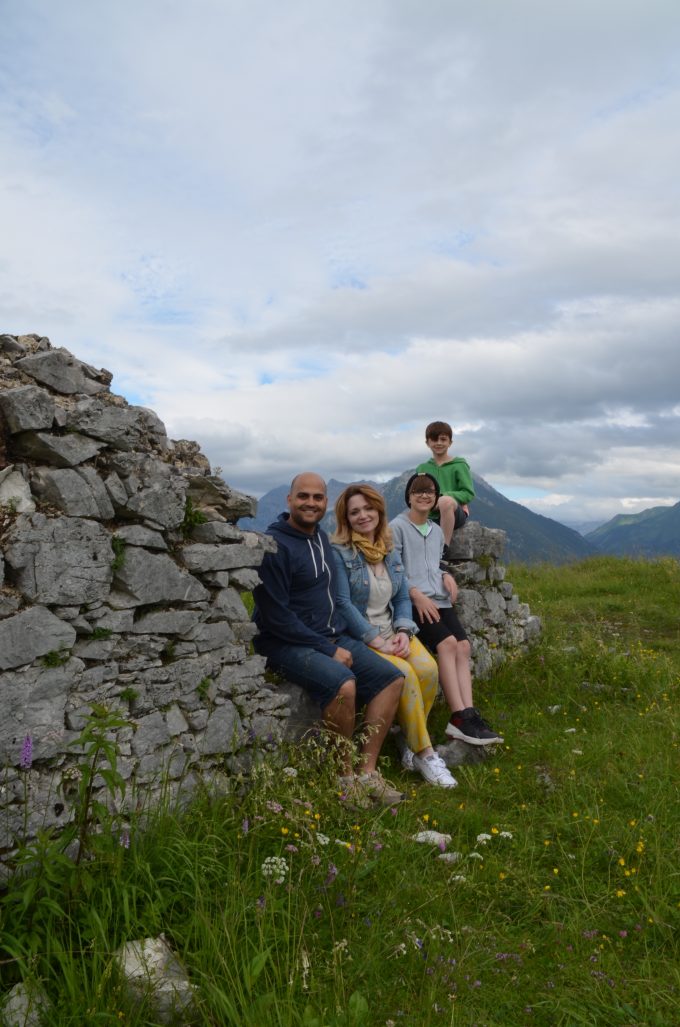 Evan is always climbing on something, this happens to be the tower I mentioned earlier. 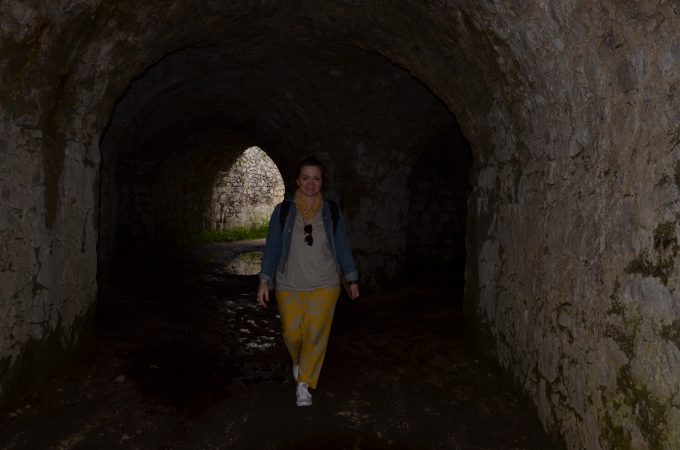 There was a tunnel that led from the castle ruins to a watch point which was used for security protection at the time it was designed. We really enjoyed exploring the ruins (there are actually two) and I’ll show the rest of our exploration of the ruins and the bridge crossing which ended up being our second day there  because by the time we got to the bridge we realized it was quite late, and it would soon be closing so we decided to come back the following day.

You can read about our second day at the following link: Highline 179 Bridge & Ehrenberg Ruins, Reutte, Austria – Day 2

Highline 179 Bridge – The Longest Pedestrian Suspension Bridge in the World

This website participates in the Amazon Services LLC Associates Program, an affiliate advertising program designed to provide a means for us to earn fees by linking to Amazon.com and affiliated sites
Copywriting, Editing,& Digital Marketing Professional

I’m Nicole and I'm so glad you've stopped in. My love language is communication. I do this best using my keyboard as a freelance copywriter and editor. For the last 20 years, I've lived a quasi-nomadic life, moving across the country and the Atlantic with my active-duty husband and our three kids. As a result, I became a professional volunteer, sharing my skills with various non-profit organizations who paid me in hugs. I'm awkwardly stumbling toward my goal of becoming a saint. I've got God-sized dreams and wants you to have them too! read more