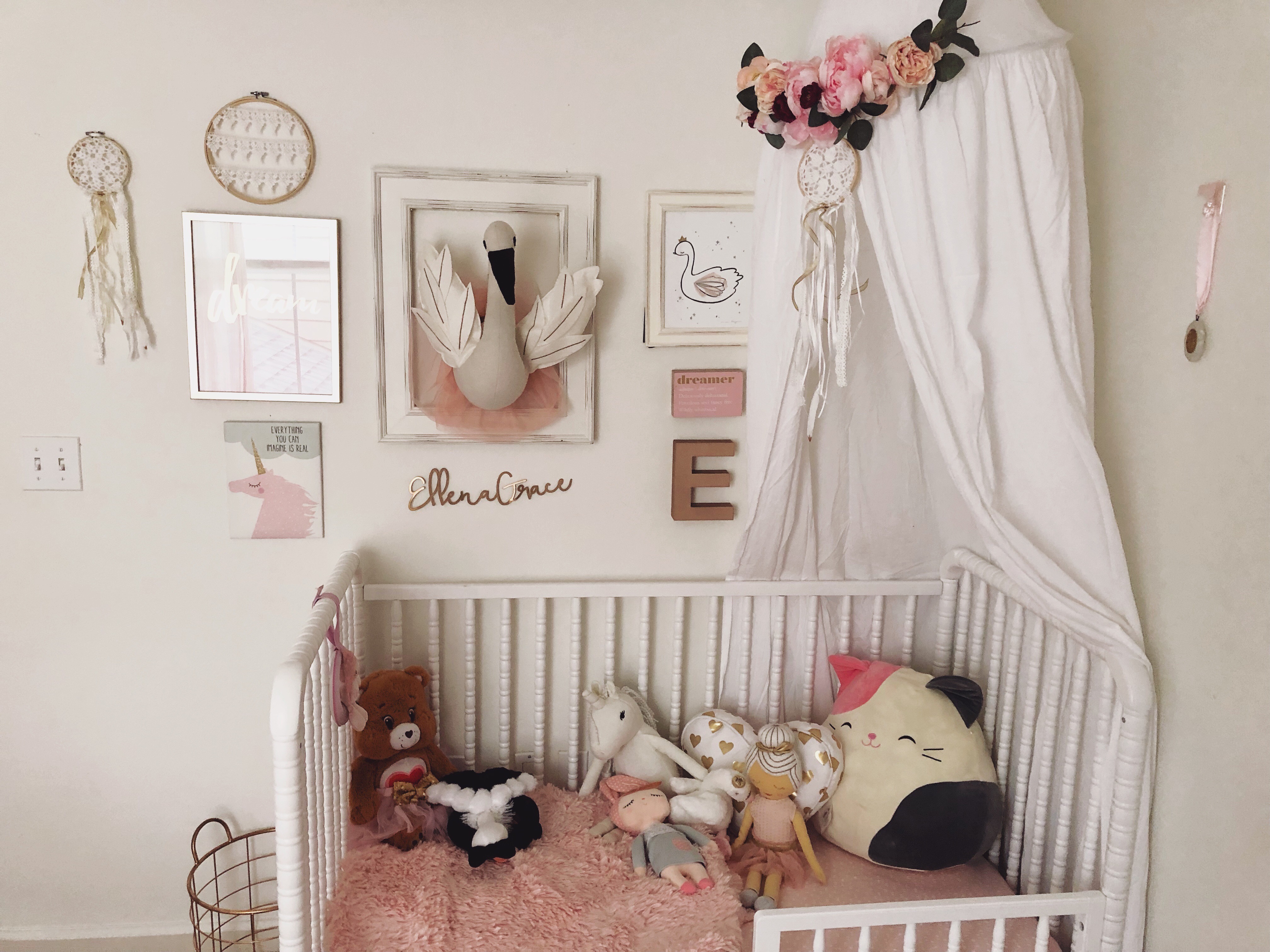 My husband and I were hoping the fun new whimsical bed-scape would entice her to want to actually sleep in her bed.
We were wrong.
This room is basically a museum, to like, frilly, girly things.
I’m tempted to take it over as my personal office space.

This infant to toddler room refresh didn’t have the effect I was hoping it might as she’s still not sleeping much in her own bed. She’s been co-sleeping with my husband and I and that’s where she sleeps best… as for my husband and me, we can’t say the same, with the little feet in our face or her warm body cocooned against ours. Eventually she’ll be on her own at night, but for now, we’re enjoying all her littleness.

The biggest thing I switched up was her bed. We have the Jenny Lind crib.  I bought the toddler rail to transition her crib to a toddler bed.

Then I added the canopy. I vaciliated between a sheer canopy and a solid fabric one and eventually opted for the solid. I also went with white instead of pink just in case I eventually decide to change out the pink for a different color like grey or lavendar. 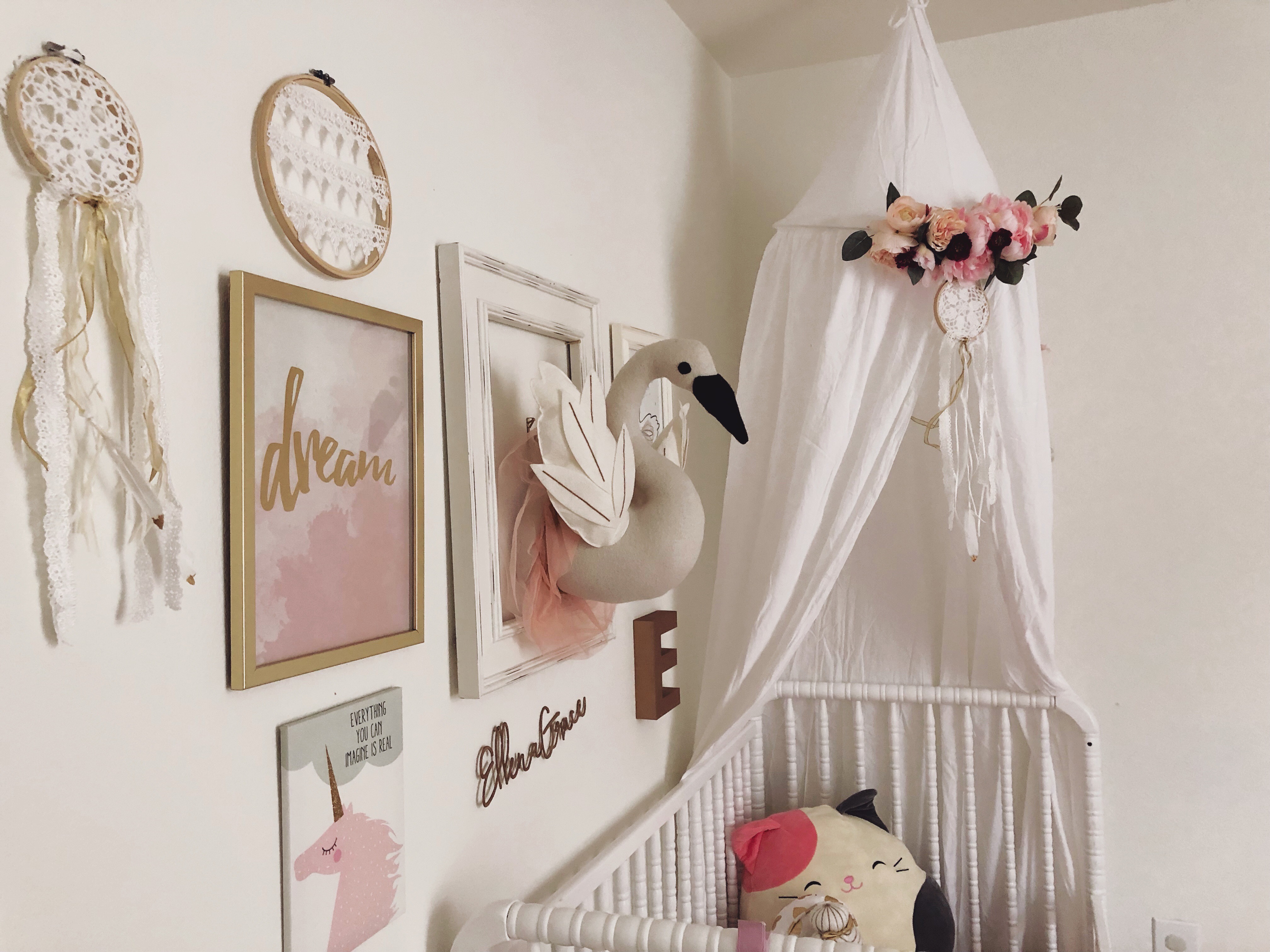 As far as the added decorations, I took some of the dream catchers and flower crowns I had made for her bohemian themed baptism luncheon and incorporated them into her room’s decor.  I hung the dreamcatchers on the walls. Initially I was going to hang twinkle lights on her canopy – I still might add them in, but for now, I took one of the flower crowns I had made and added it to the front of her canopy and then hung a dream catcher from the openining. 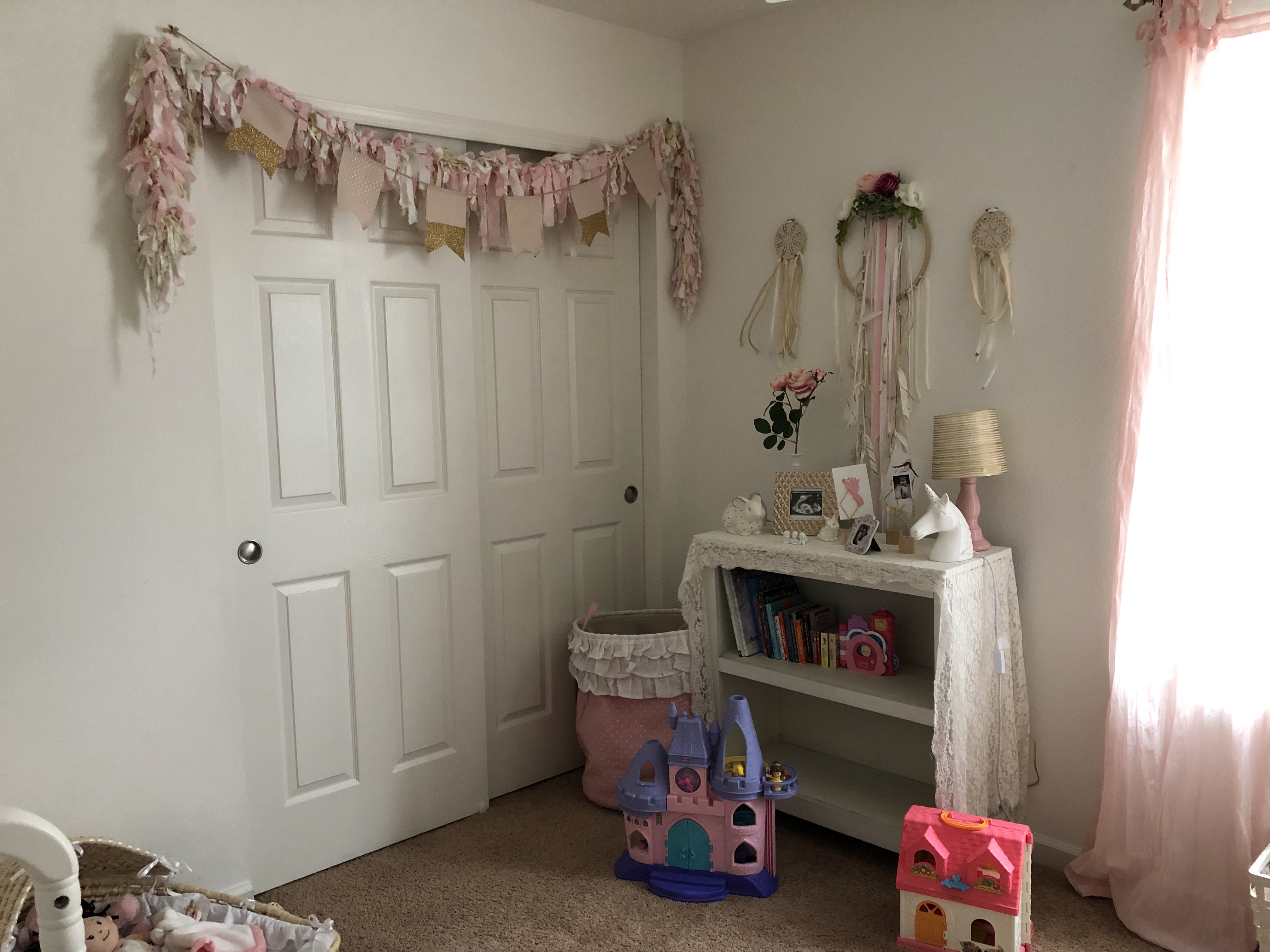 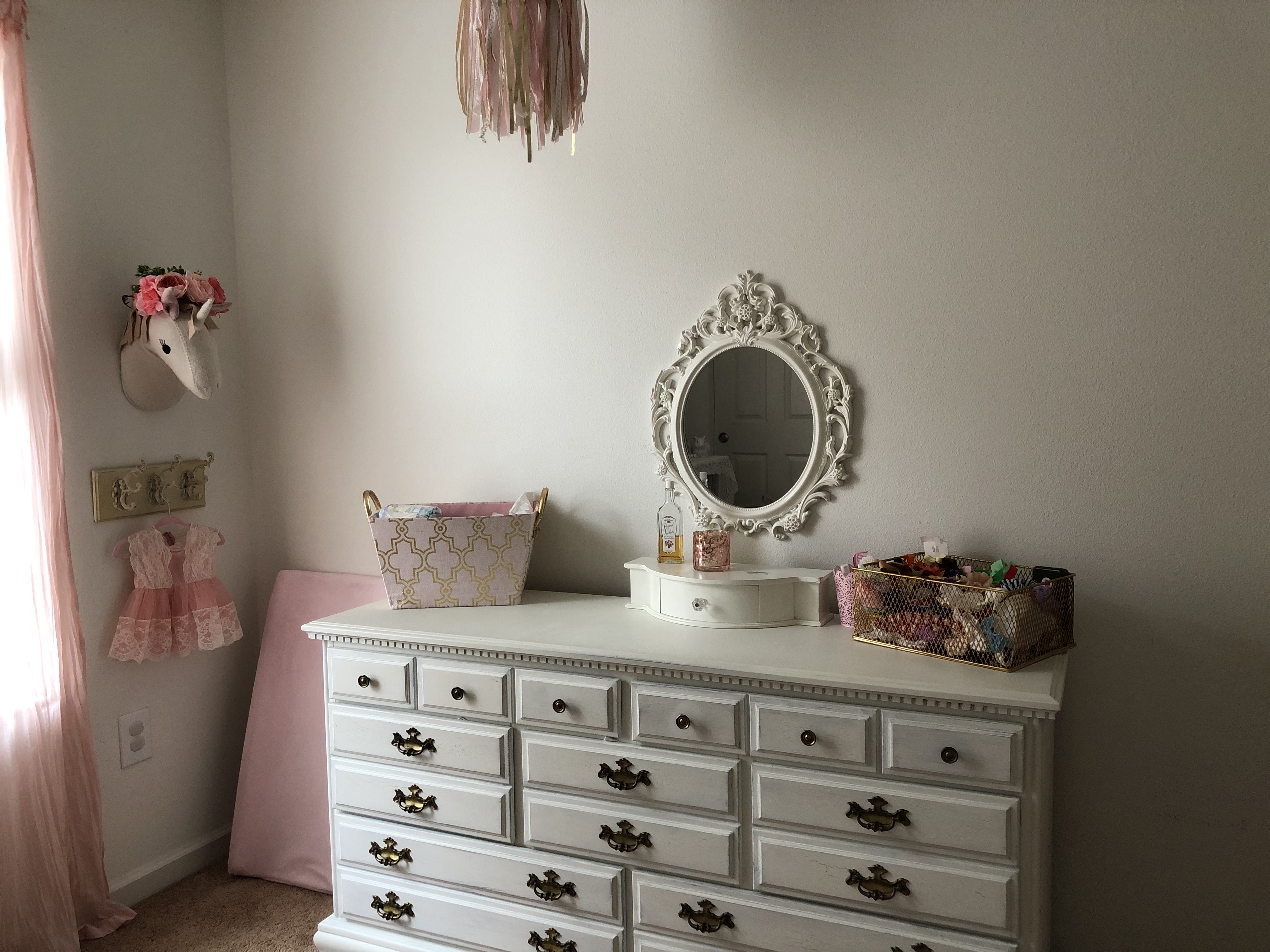 Not much has changed with respct to her dresser. I was using her dresser as a changing table, but now she mostly gets changed on my bed or on the floor. The mobile I made for her nursery, now hangs above the dresser. I did adorn her wall unicorm with a flower crown.

All in all it was a pretty simple refresh and I’m so happy with this Whimsical Bohemian Toddler Girls Bedroom.