Top
You are here: Home / Italy / Venice in the rain…

Last weekend we planned on going to Venice. We awoke early and just kept getting delayed. The biggest delay coming from our youngest son who got car sick a block away from the train station. We returned home of course and cleaned him up. We then had some lunch and meandered around our TLF for a bit. Around three o’clock we ventured out again. We drove around familiarizing ourselves with the area some more, we visited a local grocery store (our first time) where I found the most delicious cookies, and then got back into our rental car and just drove around some more. When we found ourselves in the exact spot where Evan had thrown up all over the place-thus halting our trip. My husband turned to me and said, “You’re gonna see Venice today.” He then turned his head and said, “Boys, I promised your mom I’d take her to Venice, and we’re going.”

I was less than compliant because it was already so late in the day nearly five by then and the forecast called for rain in Venice that evening. Not to mention my “maybe all of these hiccups today mean we’re not supposed to go” argument.  But my protests fell on deaf ears and before I knew it we were all aboard a train to Venice. The city I’d dreamed of. The city I longed to see for so very long. 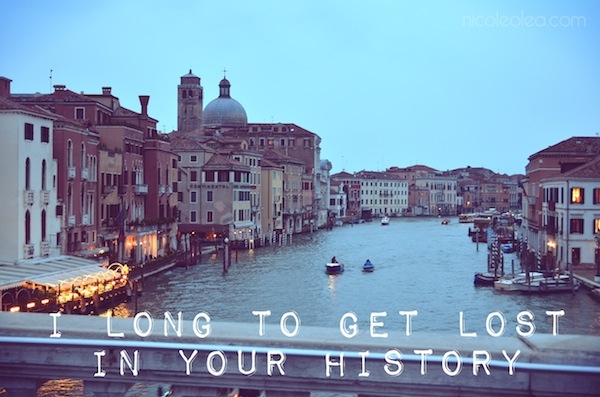 We arrived at twilight as a light rain began to fall. 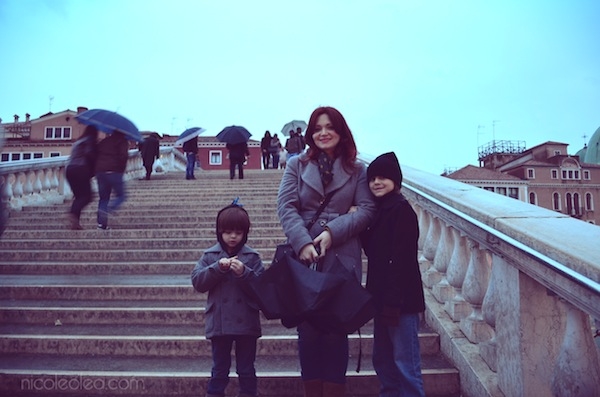 My husband snapped as many photos as he could before night fall.

I was simply trying to soak it all in. Even as the rain began it’s more persistent fall that would last through out the night. 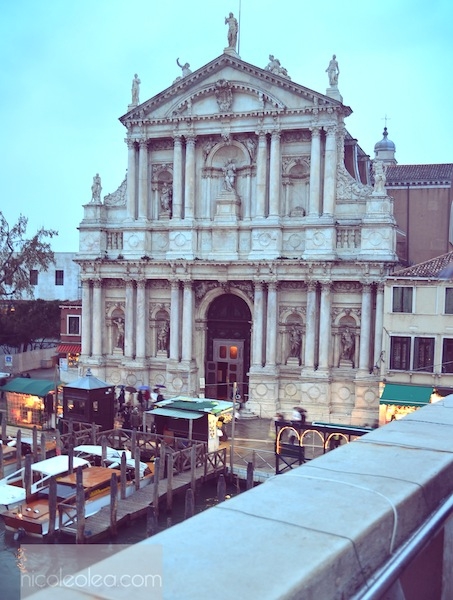 We walked around for a few hours and when the kids began to complain a little too loudly we stopped in a cafe for pizza. After which we ventured out into the wet cold night, which in a city like Venice, made it much more ethereal to me despite the bustling of people. We ventured into the maze of buildings, following the echoing of church bells, found our way out and treated our boys to gelato.

We all ended up with soaking wet shoes save for my husband who’d worn his waterproof hiking boots. We were cold and chilled to the bone, but still we were in Venice and knew she would be but a train ride away.

Love & Seeing Venice in the Rain,